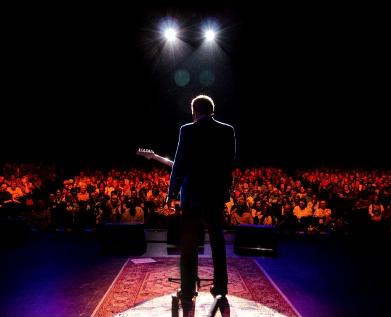 As part of its ongoing work with people with Alzheimer’s and their families and caregivers, Volunteers of America is supporting the documentary feature film, “I’ll Be Me,” chronicling Glen Campbell’s Goodbye Tour.

Three years ago, legendary musician Glen Campbell was diagnosed with Alzheimer’s. Campbell and his wife Kim went public with the diagnosis and announced that he and his family would set out on a Goodbye Tour to embrace their remaining time together celebrating Campbell’s extraordinary musical gifts and raising awareness about Alzheimer’s. “I’ll Be Me” follows the Campbell family on their journey as they focus on living in the present while preparing for the future.

Volunteers of America is an exclusive nonprofit sponsor in the production, marketing and distribution of the film and in developing educational and learning opportunities for families and care givers to learn more about dealing with Alzheimer’s. Volunteers of America will host screening events in many communities across the country. Events will be specifically aimed at promoting the film’s core values of community, understanding, acceptance and the drive to educate people about adults whose lives are affected by Alzheimer’s. Learn more at voamovie.com.