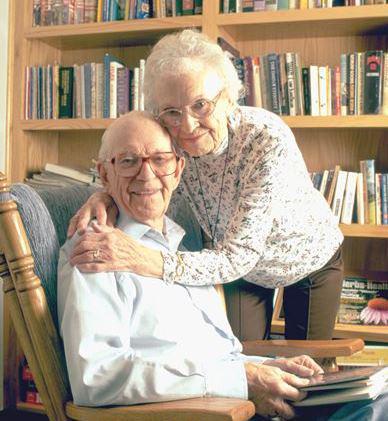 Michael’s Life Senior Services case manager recommended Volunteers of America Oklahoma Payee Services to help Michael manage his finances. He and his wife Karen needed assistance to manage their bills, medication expenses and housing payments. Michael was receiving both Social Security Disability (SSDI) and VA checks to support the two of them, but had a difficult time paying off one thing before another was due. Without the support of their adult children they didn’t have anyone else to turn to.

A few years later as their health declined Michael and Karen moved into a local nursing home. At the time of the move their finances became separate and Michael stayed with his Payee Services case manager. Michael passed away in November 2014, and Volunteers of America Oklahoma was not aware that Michael’s will specified that Karen’s wellbeing should be seen to in his absence. Several months later Susan, Karen’s sister from California, contacted Michael’s Payee Services case manager Dave Goldman.

Dave was pleased to hear from Susan. He had lost track of Karen since her move to the nursing home. Dave then reached out to Karen’s case manager from Life Senior Services. Since the reconnection, Michael’s money now supports Karen. As an added benefit, Susan has found in Dave a local ally for her sister. She asks him questions about SSDI and VA services to help manage Susan’s finances.

In recent correspondence Susan writes “I want to thank you and your organization again for caring for Michael and Karen. Without organizations helping people like my sister and brother-in-law they would be in a world of hurt. Probably on the streets. We appreciate all your kindness and devotion. In Rotary, we say it takes that one person to start changing the world or one person’s life – I believe you and your organization are doing exactly that!!!  ‘Service Above Self.’ When I come and visit Karen in the next few months – I would like to stop by and meet all of you.”